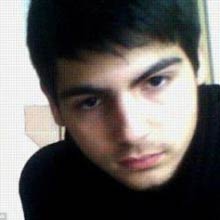 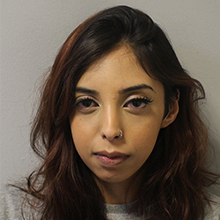 When the decomposing body of 23- year-old Italian national, Pietro Sanna, was found in his home in East London on 26th June 2017, Gary launched a homicide investigation to find the perpetrator who had carried out this frenzied attack. Sanna had been stabbed 36 times as he had begged for his life. 12 of the stab wounds had been to the victim’s back.

With no forensic clues at the murder scene, no CCTV in or around the area of the scene, no eye witnesses to the crime itself and no known background of the victim at that stage which could have revealed a motive - there could be no doubt that this was a case which was going to present great challenges.

The victim had no criminal history or connections and initial enquiries could identify no one who would harbour a motive to hurt this young man.

With the clock ticking and time running out to secure forensic clues, Gary urgently utilised the most advanced investigative techniques to interrogate, track and analyse communications devices and social media accounts in order to piece together the missing parts of the victim’s life which could hold the key to solving this case.

Leading this fast-paced investigation, it took Gary less than 48 hours to identify a potential suspect - a 25- year-old female, Hasna Begum

Hasna Begum had no previous criminal history at all, lived at home with her family and worked in a card shop. Begum was extremely slight in build, standing at only 4 feet 11 inches.

The arrest of Begum would result in the recovery of vital forensic evidence which would ultimately link this merciless killer to her hapless victim. This included the hidden mobile phone of the victim stained with his blood, which Begum had stolen after she had committed the murder.

Begum had worn gloves to repeatedly stab Pietro. She had dumped the left glove in a bin in an effort to dispose of it. This was also recovered and found to have traces of the victim’s blood. She had worn the gloves to avoid leaving any forensic trace of herself at the crime scene while carrying out the attack.

To build a water-tight case and to prove that Begum had indeed intended to murder Pietro, Gary devised an investigative strategy to track her movements leading up to and after the murder. This would reveal the elaborate plan Begum had hatched to viciously murder her victim and the lengths she had gone to in order to escape capture.

Begum did all she could to deviously cover her tracks.

CCTV footage recovered from the vicinity of her home showed Begum leaving her house by climbing out of her kitchen window at 6am on the morning of the murder whilst wearing no shoes. She had done this to avoid waking her parents which opening and closing the front door would have risked. She put on her shoes once she was further away from her home so that her footsteps would not be heard as she walked on the pavement.

At that time of day no one else was around and so there would be no witnesses.

Begum wore a colourful wig to disguise herself. She then called a taxi, using a false name from a different location which was some distance from her home. She then travelled to the vicinity of the victim’s home in the taxi. She then went to his home where she carried out her plan to brutally murder him in the most violent and merciless manner.

Once she had killed her victim, Begum once again tried to cover her tracks by stealing and wearing his own clothes which she took from his wardrobe. Though they were baggy on her slight frame, they concealed the blood of her victim which her own clothes were stained with after a murder of such ferocity.

She then made good her escape using another taxi in her false name.

Due the vicious and sustained nature of this murder, Begum had cut her thumb as she had repeatedly stabbed her victim. She went to a medical centre in an attempt to receive treatment for it. Using the investigative strategy of tracking her movements in every detail Gary was able to identify and secure the CCTV footage from the Medical Centre which showed how just hours after the murder Begum had gone there wearing the victim’s clothing to get treatment for the recent cut to her thumb.

Begum even made a series of calls to the victim’s mobile after she had killed him to give the appearance that she had no knowledge of his death and that she had been trying to contact him.

This was yet another attempt Begum made to conceal her involvement in the murder.

In her defence, Begum claimed that she had previously been in a relationship with Pietro (although no friends or family of the victim had any knowledge of this relationship) which had ended. She claimed that she was visiting him as she was considering resurrecting their relationship and she wished to talk with him about this. Once there, she claimed she had tried to examine the victim’s phone to see if he had been communicating with other women.

Begum claimed that at this point, Sanna kicked her and then had attempted to attack her with a knife. She claimed that she was able to disarm him and had stabbed him in self-defence. Giving evidence, she claimed she could only recall stabbing him three times but could not account for the other thirty-three stab wounds all over his body.

The jury rejected her story and convicted her of the callous murder of Pietro Sanna.

On Monday the 11th December 2017, Hasna Begum was sentenced to life imprisonment for this frenzied murder.