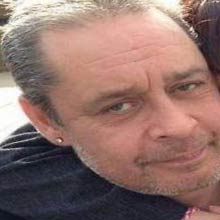 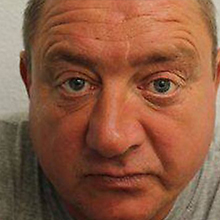 On the 2nd October 2017, the body of 51- year-old Rodney Parlour was discovered slumped on the stairs of his apartment in Rainham, Essex. His neighbour had found the body as he had peered through his letterbox.

Gary led the homicide investigation and immediately begun piecing together the last movements of the victim and delved deeply into his lifestyle to understand who was responsible and why they had carried out such an extremely ferocious attack.

Rodney had sustained a horrifying catalogue of injuries. The Special Post Mortem revealed a total of 67 separate injuries literally over every part of Rodney’s body.

Initial enquiries revealed that Rodney had been an alcoholic who would sometimes drink with other local alcoholics, sometimes at his apartment.

A female who had been drinking with Rodney on the day of his death was traced. She had been staying at Rodney’s apartment for the weeks leading up to his murder. 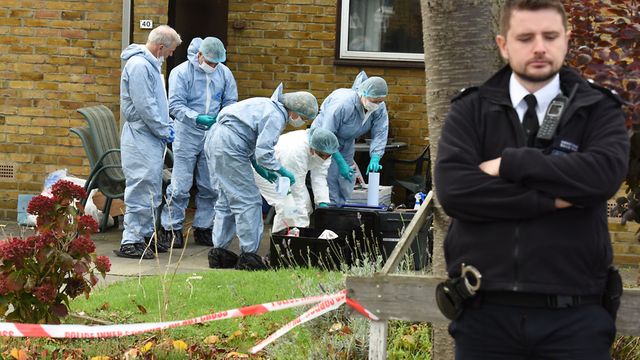 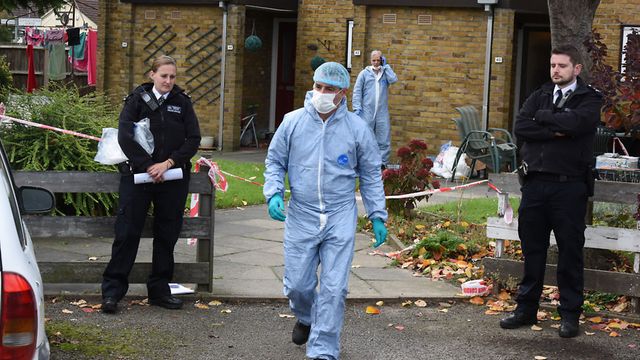 When interviewed she revealed that she had arranged to meet Rodney and had invited her brother, Mark Croxson. They had both gone to Rodney’s apartment where they had begun to drink heavily.

Croxson had literally been released from custody. He was a highly volatile and dangerous individual.

Neither Parlour or Croxson had met before. According to the witness, as they had started to drink more Parlour and Croxson got into an argument when Croxson falsely accused the victim of being a sex offender. In fact, it was Croxson himself who was a convicted sex offender.

This argument led to Croxson launching a vicious onslaught against the victim who fell to the floor whilst he continued to brutally attack him.

Gary immediately launched a ‘manhunt’ for Mark Croxson in an urgent bid to secure forensic evidence which could link him to the attack and corroborate the account of the witness.

Though there was one eye witness in this case, Gary knew that to independently corroborate her account would be absolutely crucial. The witness was a self-confessed alcoholic who had been drinking at the time. The credibility of her account and her recollection of events could be called in to question, therefore independent corroboration would be critical to secure a murder conviction.

The crime scene was heavily blood-stained due to the intense and ferocious nature of the murder.

Gary meticulously examined the crime scene and used a Forensic Scientist and team to assist him in interpreting how the blood of the victim had been distributed around the scene.

By using the most innovative forensic investigation techniques, Gary was able to prove that the attack on the victim had been sustained in several areas of the apartment, proving that the victim would have been in no position to have even tried to defend himself against such a terrifying and sustained onslaught.

Rodney had been repeatedly punched, kicked, stamped on all over his body, struck with a samurai sword scabbard and a vodka bottle until it had broken.

It was vital to link Croxson to the scene before he could dispose of any items of clothing which could incriminate him via traces of the victim’s blood.

Croxson was traced and arrested. However, he had washed himself and had disposed of his clothing that he had worn at the time of the attack.

Gary had the training shoes Croxson was wearing at the time of his arrest forensically examined for any traces of the victim’s blood.

This identified the presence of the victim’s blood on the training shoes, particularly the right one.

Croxson, who had 69 criminal convictions (many for violence and also sexual assault) had murdered a frail and vulnerable alcoholic who would never have been capable of posing a realistic threat to him, even if there had a heated verbal exchange leading up to the killing.

Pre-empting what his defence would be at court, Gary needed to prove that Rodney would have posed no physical threat to Croxson.

He therefore set about re-tracing Rodney’s final movements and secured CCTV footage which clearly showed how physically frail Rodney had really been in the hours leading up to his death. He could be seen actually struggling to walk as he entered a local shop.

Croxson faced trial for the murder of Rodney Parlour at Snaresbrook Crown Court in March, 2018.

But the meticulous investigation at the crime scene and the presentation of the specialist forensic evidence retrieved both from the murder scene and from Croxson’s training shoes, coupled with the CCTV footage which showed the victim’s physically vulnerable condition immediately before the murder provided clear and overwhelming evidence.

The jury rejected his story and convicted Croxson of the murder of Rodney Parlour.

On the 20th, April 2018, Mark Croxson was sentenced to life imprisonment for this most brutal crime.