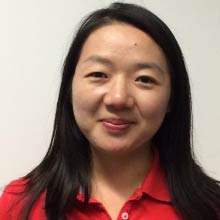 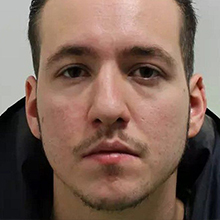 On the evening of 13th February 2017, 29- year-old Quing Quing Rao, a petite Chinese lady was brutally attacked just yards from her home as she walked through a park in London’s East End.

The evil perpetrator plunged a sharp-edged instrument through her head, penetrating her skull and causing catastrophic brain injuries. As she lay helpless on the ground, her assailant mutilated her genital area in the most sickening and heinous onslaught, before leaving her for dead. The assailant also stole some of the victim’s personal belongings including her laptop, I-Phone, driving licence and credit cards before making good his escape.

Gary led the hunt for the homicidal maniac.

The attack had taken place in a large park at night. There had been no eye witnesses. Gary directed a thorough forensic examination of the large crime scene. This did not yield any forensic clues which identified a suspect.

Gary directed Specialist Search Teams to conduct extensive searches of the huge crime scene and surrounding areas for the missing property of the victim, the weapon which had been used to attack the victim and any other potential clues. The recovery of any such items could yield vital forensic clues which could lead to the identity of the culprit. No weapon was ever recovered and although the victim’s bag was recovered in the park, this did not yield any forensic clues.

The victim’s lifestyle was a significant line of enquiry and this revealed that she was a completely innocent young lady with no criminal history or connections. She had worked hard since arriving in England and had gained a degree. She had worked as a business analyst in the City of London in what would have been a promising career. On the evening the victim was attacked, she had been working late at her office in Liverpool Street to complete a project deadline. She had then gone for dinner with a work colleague before setting off on her journey home to Dagenham.

Gary tracked her every movement on CCTV from her leaving work, her meal at the restaurant through to her journey on the London transport system during which she travelled on the London Underground and then on a bus which dropped her literally outside the park.

There had been no local authority CCTV covering the park itself.

By carefully studying all of the CCTV footage right up until the victim left the bus it could be seen that she had not been followed. By ruling out the possibility that she had been followed by the suspect and then attacked, and by working on the chronological time-line between the victim leaving the bus and the time she had been discovered, Gary was able to deduce that the person who had attacked the victim was highly likely to have already been in the park, lying in wait.

Gary quickly identified that such an horrific and totally unprovoked attack which demonstrated sadistic sexual elements bore all the hallmarks of an extremely dangerous offender, obsessed with weapons and driven by a hatred of women.

In one of the most intense and challenging investigations in his career, Gary knew all too well that the stakes could not be higher. With every day that passed the possibility that the attacker might strike again was at the forefront of his mind which only added to the mounting pressures Gary faced as he continued to focus on and advance the investigation.

To identify any potential witnesses, Gary gave a televised interview to the BBC which was filmed at the crime scene, directly appealing to anyone with information to come forward. This did not generate any leads.

The location of the phone casing was significant. It had been found in a residential street which was just a short distance from the crime scene.

Believing that the attacker had travelled on foot in this direction from the crime scene due to its comparatively short distance, Gary extended the geographical parameters of CCTV enquiries, Witness enquiries and Specialist Search activity to cover a far wider area where he believed the suspect may have dumped further items he had stolen from the victim.

At this stage, the phone itself, the laptop, driving licence and the credit cards of the victim were still missing and they could yield crucial clues which could finally lead to the identity of the perpetrator.

The Specialist Search Teams were tasked to search all of the drains in the extended area for the outstanding items of the victim’s property which had been stolen by her attacker.

A critical breakthrough came when the victim’s credit cards and I-Phone were found dumped in two drains located adjacent to each other in a street just a few minutes away from where the victim’s phone casing had been recovered.

Focusing from the time and date of the attack, footage was carefully studied which showed a white male and female walking a dog. They could be seen walking towards the drains a very short time after the attack. The male could then be seen to visibly duck down as if he were dropping items into both of the drains.

Continued review of the CCTV footage showed that no one else had been seen to deposit anything else into these drains from the time of the attack right up until the search was conducted and the property had been recovered.

Finally, this critical breakthrough had provided CCTV imagery of the suspect, who was seen disposing of the items which had been stolen from the victim a very short while earlier that night in a park which was within short walking distance from where the property had been disposed of.

Urgent enquiries were launched to identify the suspect in the CCTV footage.

Barry Peacham was identified as the person in the CCTV footage along with his then girlfriend.

Peacham was a 26 -year-old local man who lived with his girlfriend and her family. The house in which he lived was within walking distance of both the crime scene and the areas where the victim’s stolen property had been discovered. The phone casing was actually found on the most direct pedestrian route between the crime scene and Peacham’s home.

Peacham had a string of criminal convictions – including robbery, knife-crime and violence against females.

Once identified as the suspect in the CCTV footage, his journey was retraced and just moments before he could be seen ditching the victim’s I-phone and credit cards, CCTV footage showed Peacham meeting with the occupants of a car and clearly talking to them as he stood close to the vehicle.

Gary immediately launched enquiries to locate and interview the occupants of the car. He knew that the accounts of those people in the car who had met with Peacham so soon after the attack could provide crucial evidence in piecing together how events had unfolded that terrible evening.

Barry Peacham was arrested and a search warrant was executed at his home. A pair of jeans which had been worn by Peacham at the time of the attack were recovered. They were muddy and had a tear in the knee area.

Peacham’s girlfriend and other members of her family who lived with Peacham at the house were all interviewed at length and provided witness accounts.

Their witness accounts revealed how Peacham had arrived home within what would have just been minutes after the attack had taken place. He was out of breath. He was wearing gloves. His jeans were muddy and torn. He was walking with a slight limp which clearly showed he had just injured himself.

The victim had been attacked with an extreme level of force and Peacham had clearly fallen to the muddy ground as he carried out the vicious onslaught, injuring his knee in the process which caused the rip to his jeans.

Peacham had changed his clothes immediately after getting home and insisted that his girlfriend accompany him on a late-night walk with the family dog. Family members recalled how taking the dog for a walk was highly unusual behaviour for Peacham, who rarely did so.

Peacham’s girlfriend confirmed that it was the both of them who could be seen in the CCTV footage and also confirmed that he had a brief conversation with the occupants of the car.

She later gave evidence during the trial stating that in addition to the victim’s credit cards and I-Phone, Peacham also had with him the laptop which had also been stolen during the attack on the victim. She told how after his conversation with the occupants of the car he was agitated and angry and had smashed the laptop to pieces just before he had dumped the credit cards and I-Phone down into the two drains.

The girlfriend then told of how Peacham had returned to the crime scene, taking her and the dog with him. At this point the victim had just been discovered and the ambulance had been called. Both walked past the victim as she lay on the ground. As they left the park, the ambulance arrived in the road adjacent to the park.

Peacham even waved down the ambulance, giving the appearance to on-lookers that he was trying to assist as he was out walking with his girlfriend and dog. He did not stop and provide his details to anyone.

They then returned home.

The occupants of the car which had spoken to Peacham very shortly after the attack were traced and interviewed. They were two local petty criminals who were friends of Peacham.

He refused to buy or take them from him. Peacham had clearly been desperate to get rid of the incriminating evidence which could link him to his terrible crime.

It was then that Peacham walked away, smashing the laptop as he walked along the road and then dumping the I-Phone and credit cards down the two drains located at the end of the road.

Barry Peacham stood trial at the Old Bailey in October, 2017. He strongly denied he had been the person who had carried out the attack.

Giving evidence in his defence, he admitted that he had injured his knee in the park on the night of the attack but claimed that he had been riding as a passenger on a Moped around the park but had fallen off, causing the rip to his jeans, the mud they were covered in and the injury which had caused him to limp slightly.

He was never able to identify the person whom he had dishonestly claimed to have been his friend who had been the owner and rider of the fictional moped.

Peacham also admitted to having found and taken a laptop near to where the victim had been found in the park and even admitted that it must have been at or around the time she had been attacked. He claimed that this was a coincidence and had nothing to do with the victim.

He admitted possession of the victim’s credit cards and I-Phone directly after the attack but claimed that the driver of the car during their brief conversation had forced him to take the items from him and had threatened to assault his girlfriend if he did not take them from him. Peacham claimed that he had taken the victim’s stolen property in order to protect his girlfriend. He even suggested that it must have been the driver of the car who must have been responsible for the assault on the victim.

The Jury rejected Peacham’s web of lies and he was convicted of attacking and robbing Quing Quing Rao.

Tragically, Quing Quing Rao remains in a persistent vegetative state as a dreadful consequence of the catastrophic brain injuries inflicted by Peacham. She is unlikely to ever recover.